Cape Town, South Africa — for some, it’s one of the most remote locations on earth, practically the stuff of legends. For Nate Raubenheimer, the tip of the southernmost African country is home. Armin van Buuren has said of the man, “Everything he touches turns to musical gold.” Really, there can be no stronger endorsement, nor can there be a statement more accurate.

His is a classic tale — inspired at the age of 8, it wasn’t long before his life’s journey led him to audio engineering school, and ultimately, to the largest festivals in the world. Protoculture’s fans are filled with an almost feverish adoration, the kind of hard-earned reputation that only someone with genuine talent can enjoy. Success hasn’t been all roses for the producer, however, as his hometown is one of the worst spots to travel from for an internationally touring DJ.

‘Music Is More Than Mathematics’ is an appropriate title for this exceptional album, and there’s absolutely no formula for what Protoculture does. If “awesome” could be bottled into a jar, it would be this record. Finding better descriptors is as pointless as trying to compete with his musical talents.
Even though each record radiates the artist behind the controls, Protoculture was able to attract talented producers, songwriters, and vocalists to help realize this record. Christian Burns, Johnny Yono, Max Graham, Jennifer Rene, and Tricia McTeague are some of the multitalented collaborators that made ‘Music Is More Than Mathematics’ possible, and their respective contributions seem to come at the precise time they’re needed in this musical journey.

Certain albums defy conventional logic, and certain sounds are so transcendental that it’s hard to see “trance” as anything but the right term. This is a special release, and one that covers as much territory as Protoculture’s frequent trips around the globe. 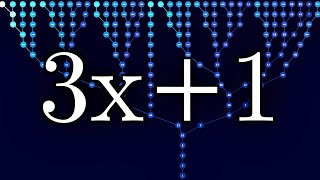 Math Has a Fatal Flaw – Veritasium 2021
Not everything that is true can be proven. This discovery transformed [...]
Art, Math, History & Fun
10 views 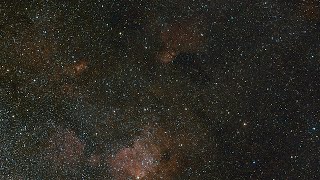 Zooming in on the heart of the Milky Way – European Southern Observatory (ESO) 2018
This zoom video sequence starts with a broad view of the Milky Way. We [...]
Music, Doc & Films
1 views

The Riemann Hypothesis, Explained – Quanta Magazine 2021
The Riemann hypothesis is the most notorious unsolved problem in all [...]
Art, Math, History & Fun
14 views

Donald Duck in Mathmagic Land – 1959
MatemáticasTV Donald's goes on an adventure in which it is explained [...]
Art, Math, History & Fun
19 views 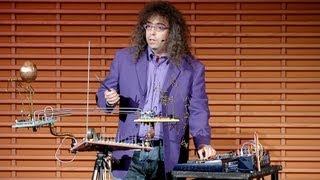